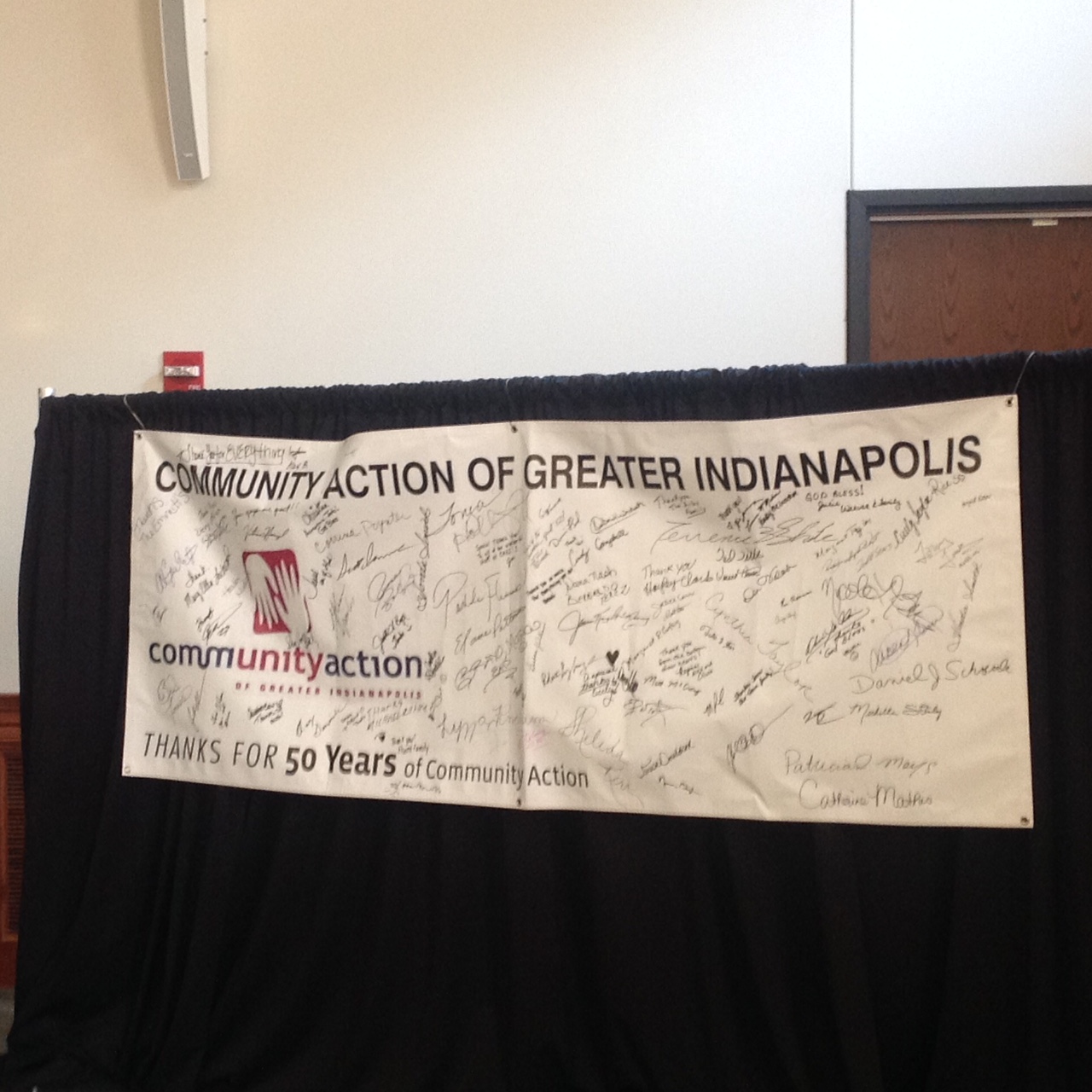 To Empower Those We Serve To Become Self-Reliant & Self-Sufficient.

Community Action of Greater Indianapolis, Inc. (CAGI) is a nonprofit organization dedicated to the reduction and ultimate elimination of poverty among the clients in its service area. Currently, we served more than 40,000 households and 100,000 residents of Boone, Hamilton, Hendricks, Marion and Tipton Counties in Indiana. CAGI has pursued its mission since its incorporation in 1965, and the constellation of services we provide has grown and evolved as the shape and face of poverty has changed and the needs of our clients have changed. We are proud to be among the more than 1,000 Community Action Agencies in the country striving to achieve such outcomes for our constituents.

The precursor to today’s Community Action Of Greater Indianapolis (CAGI) was established in 1965 as Community Action Against Poverty (CAAP). With the assistance of community leaders such as Senator (then Mayor) Richard G. Lugar, CAAP was formed as part of the “War On Poverty” to provide programs and services to low-income residents of the city of Indianapolis. “Low-income” is generally defined as a household income at or below 150% of the federally-determined poverty level.

Long after the federal government’s “War On Poverty” ceased, the community action agencies it spawned continue to fight existing poverty and seek to eradicate its causes. In 1982, CAAP significantly expanded its coverage area from one to four counties, (subsuming community action activities in Boone, Hamilton and Hendricks Counties as well as Marion County). At that time, the agency’s name became Community Action Of Greater Indianapolis (CAGI) to reflect its responsibility for and engagement in a much larger geographic area.

As the needs and expectations of its clients have grown and evolved, CAGI’s portfolio has expanded to include assistance in such areas as home repair, housing counseling, financial literacy and the development of tax-credit based senior housing apartments.